Multiculturalism - How can society deal with it?

Can we create new national stories that would enable all citizens, regardless of their background, to feel they belong to the national community? What implications does that have for schools, specifically for religious education? How can crime and terrorism be confronted?

These were among the questions raised by the Thinkers’ Programme of the Academy. Recent decades have been characterised by a growing polarisation in Europe on questions of immigration and integration, and by public anxiety about infringements on the established way of life. When defining their stances, majorities tend to rely more on their own fears than on familiarity with the experiences and values of the minorities in their midst. Two ‘Thinkers in residence’, invited by the KVAB, initiated a reflection on the subject of multiculturalism as a mode of political accommodation of the minorities formed by immigration to Belgium (and Flanders in particular) and its implications for majority identities. The general theme of ‘Multiple identities in conflict and/or in harmony’, addressed by the Thinkers, was approached on two levels: (political) theory and the problems of practice.

Each of the Thinkers presented their conclusions to various experts and stakeholders at the final symposium of June 23, 2017. Their recommendations were formulated in a final position paper, contained in this report. 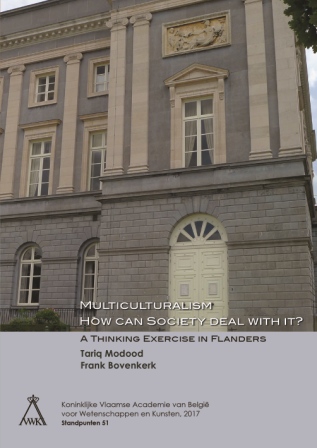