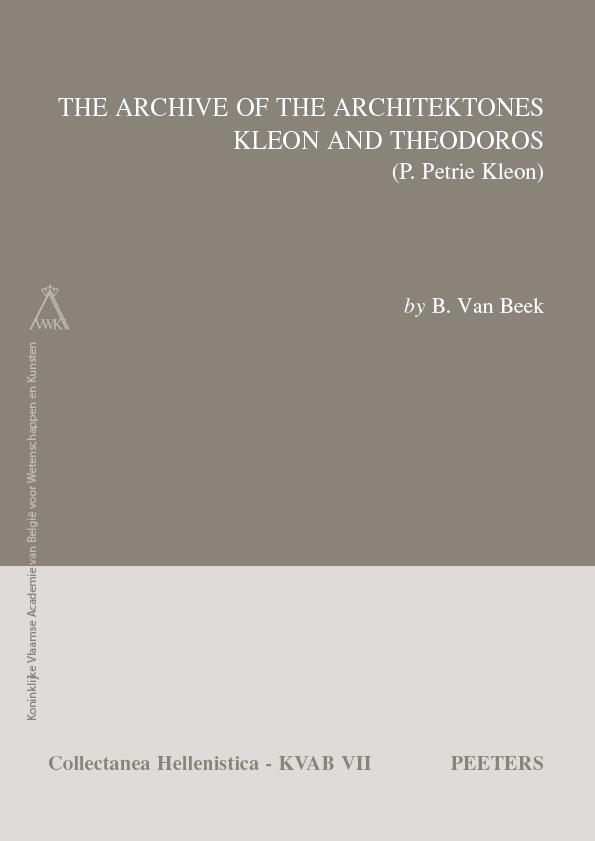 This book contains the edition of 124 Greek papyrus documents, mostly letters and accounts, from the archive of Kleon and Theodoros, the engineers who were responsible for the upkeep of the large scale irrigation system in the Fayum province of Egypt during the reigns of Ptolemy II and III, between 260 and 237 BC. They were also involved in the stone quarries and in building works. The Kleon archive is contemporaneous with the famous Zenon archive and offers a window on the same multicultural society from a different angle. Most texts were published at the very beginning of the 20th century, with numerous errors of reading and in a user-unfriendly way; 37 are published here for the first time. In the new edition papyrological studies of the last century are incorporated and the persons are situated in their historical context, including a royal visit to the province in 253 BC. Kleon’s family lived in the capital Alexandria more than 300 km north of his work place and had close connections with the royal court, whereas the architects also received petitions from Egyptian quarrymen in a rather poor Greek.