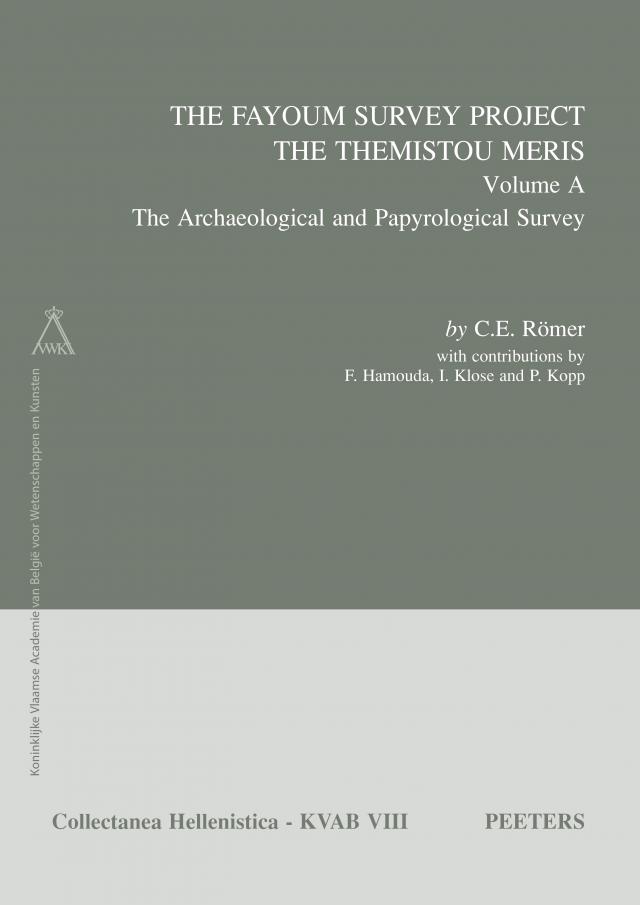 The Themistou Meris was the north-western administrative district of the Oasis Fayoum in the Graeco-Roman Period, home of Greek speaking settlers and indigenous Egyptians, who lived side by side in villages, many of them newly founded by the first Ptolemaic Kings in the 3rd century BC.

The book is the result of an archaeological survey, and small excavations carried out between 2000 and 2016 in that part of the Fayoum; it offers descriptions of archaeological remains, many of them now under threat from land reclamation, gives information about the history and exact location of single sites, and values the excavations, which were undertaken there in the beginning of the 20th century, often with the sole aim of finding papyri, while archaeological features were neglected. The book seeks to combine the written and the archaeological evidence, offering new proposals for identifying ancient names with ancient sites, and gives a panorama of the multicultural society of the ancient Fayoum.
Bestellen bij Uitgeverij Peeters

This volume accompanies Volume A which presents the archaeological survey of the sites of the Themistou Meris (north-western Fayoum), by giving a thorough introduction to the pottery found during the survey. The great doyen of the pottery of the Graeco-Roman period in Egypt, the late Donald M. Bailey, did not live to see his volume in print. His legacy is an exemplary study of forms and materials of the different kinds of ceramic vessels, from amphorae to cooking-pots and from coarse kitchen ware to fine table ware. The book is rounded up by two short essays, which add up-to-date information on the pottery found in the Themistou Meris as well as in other districts of the Fayoum.
Bestellen bij Uitgeverij Peeters