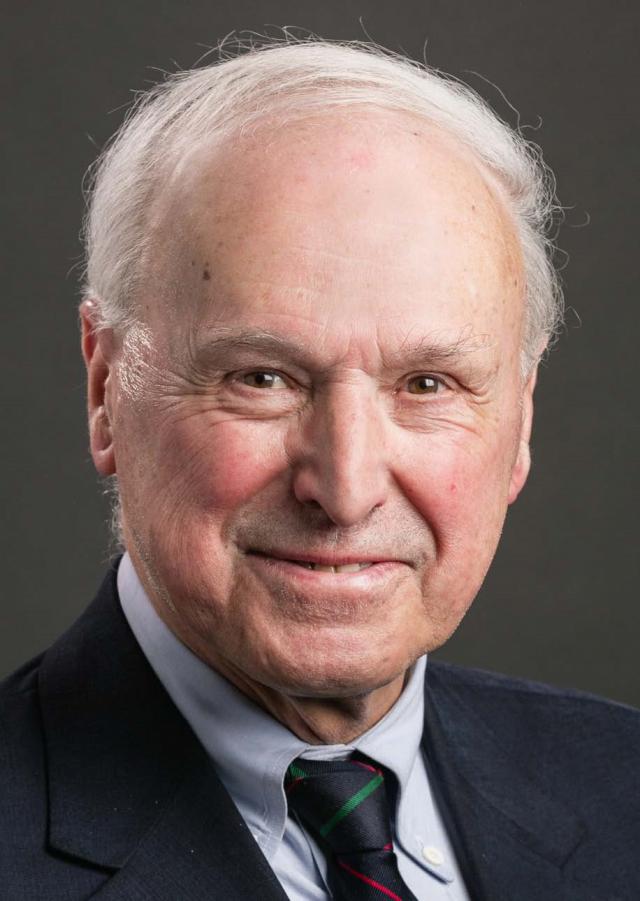 The Royal Flemish Academy of Belgium for Science and the Arts awards the Golden Medal 2019 to Professor Emile Boulpaep for his commitment during decades to offer an opportunity to thousands of young Flemish students and researchers in order to continue their training in the U.S.A., via the Belgian American Educational Foundation (BAEF).

The Golden Medal (“Gouden Penning”) is the most important award of the Royal Flemish Academy of Belgium for Science and the Arts (KVAB). The prize is granted each year to a personality, who through his exceptional career contributes to the dissemination of sciences and arts.

Emile Boulpaep is since 1977 executive president of the Belgian American Educational Foundation. This Foundation offers fellowships to students and researchers from Belgian universities and conservatories in order to pursue advanced studies or research in the U.S.A.

“Emile Boulpaep is the driving force behind BAEF,” according to  KVAB-president Karel Velle. “The knowledge and unique experience that young researchers acquire thanks to the support of this Foundation are of inestimable value for their career in the academic world, the public sector or the business world.”

The BAEF was established in 1920 by President Herbert Hoover and celebrates its centenary in 2020.

Chevalier Emile Boulpaep (°1938) is Professor Emeritus of cellular and molecular physiology at the Yale School of Medicine in Connecticut, U.S.A.  Besides his professional activities he is committed to societal causes in order to strengthen the ties between the U.S.A. and Belgium. He is a former Director and Vice-President of the King Baudouin Foundation United States (KBFUS).  Boulpaep is since 1977 the Executive President of  Belgian American Educational Foundation (BAEF). This Foundation was established in 1920 by President H. Hoover in order to promote the exchange of Belgian and American university students, scientists, and researchers.  In 2012  Emile Boulpaep received the Lifetime Achievement Award of the Belgian-American Chamber of Commerce (Belcham) in the U.S.A.