A PhD in the Arts 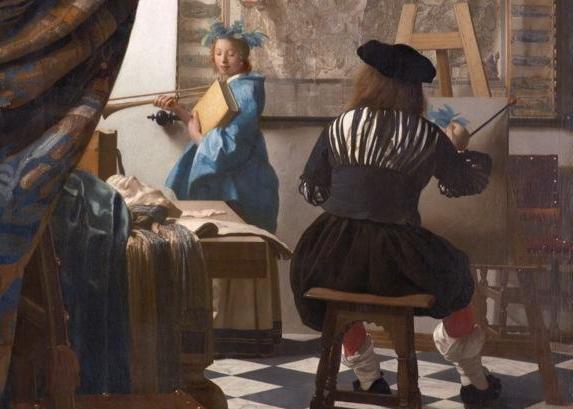 This position paper on the PhD in the Arts was brought by Willem Elias. Since halfway the nineties, he has been keeping track of how higher art education is evolving and has, consequently, been trying to find ways of qualifying its teaching staff, which mainly consists of artists. Willem Elias did this either as chair or as member of numerous teaching committees and as part of his research into the education of arts, since the latter also raises the question of how to shape an artist. Approximately ten years ago, the ‘PhD in the Arts’ came into being, something of obvious interest to the Class of Arts of the Royal Flemish Academy of Belgium for Science and the Arts. Part of the Class's current members are rather sceptic and wonder if scientific research is not too dangerous a distraction from the core business, which is to create art. Other members, however, have themselves obtained this specific degree. Those in favour and those opposed thus make one group. Of course theorists, art historians and art philosophers also have an opinion on the matter. In the aftermath of an essay by Willem Elias, two separate discussion groups tackled the questions his essay had raised. The essay focusses on what ‘academisation’ could mean for higher art education and on the possible role, in this matter, of the Doctorate in the Arts. This is basically quite similar to what it meant to Da Vinci, but broader and of course adapted to present times. Da Vinci was said to be the first not to just teach his pupils on how to ‘do’ things, but also on adding a theoretic dimension. Ever since the university colleges were ‘created’ (Flemish decree, 1994), the degrees they issued held an equal civil effect as those issued by universities. This implies another type of education and a different way of training their lecturers, who now have to adopt a research attitude. Voices were heard in favour of something similar, something equivalent to the universities PhDs, so the PhD in the Arts came into being. A doctorate ‘in’ the arts as opposed to one ‘about’ the arts, the ‘in’ implying the major importance of the PhD student’s artistic practice. It also implies that, when there is a written part to the doctorate, the workload it involves should be less than that of the classic doctorate, in order not to make a PhD in the Arts much more demanding. There is, however, no consensus yet on the exact balance between ‘word and deed’. In some university colleges, the text is of minor importance and the oeuvre specifically created for the doctorate is the heart of the matter. In others, the ‘masterpiece’ should come with a number of scientific articles related to it. The essay concludes by stating that no matter the ultimate form of the PhD in the Arts, it is a positive thing for some artists to be able to insert their artistic practices into a broader theoretical framework, especially for those who want to proceed in teaching their mastery. But it may also be viewed as part of the growing integration of the artist in society, with the artist no longer roaming on the edge of it, a position to which he was confined in the nineteenth century.

Though the discussion groups do not underestimate the importance of this type of degree, they warn of its potential risks. They thus stated that this degree could under no circumstances become a requirement for teaching higher art education, as successful artists must continue to play their part in this type of education. Furthermore, the doctorate should not be made to comply with university standards. It has to maintain its authenticity, with the artistic practice playing the lead role. The discussion groups also recommend to try, eventually, to achieve a more uniform format so that, unlike now, all Flemish Schools of Arts apply the same criteria to obtain a PhD in the Arts, a format preferably also complying, of course, with international standards.