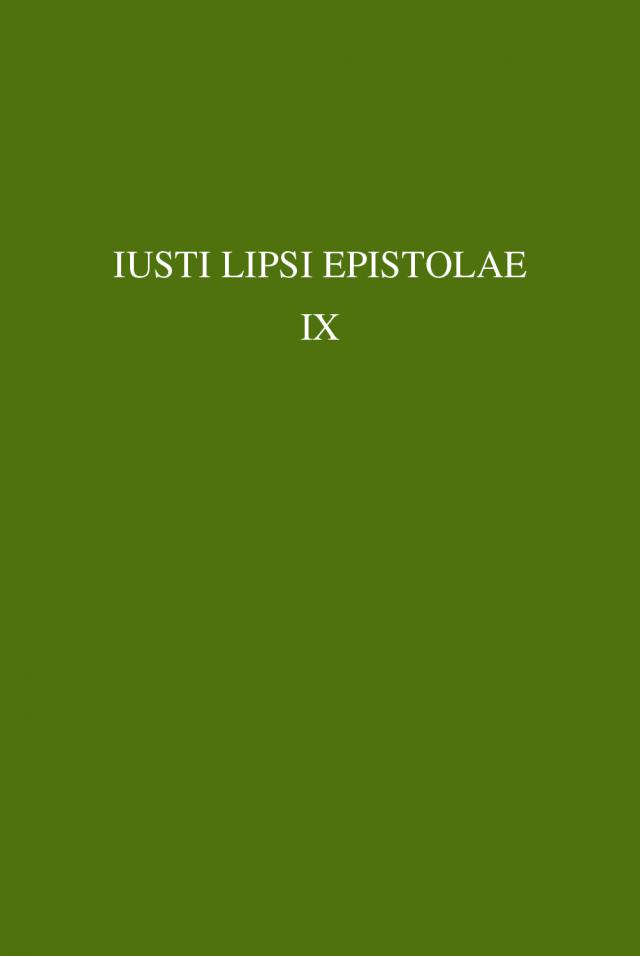 Iusti Lipsi Epistolae. Pars IX contains the correspondence of 1596 and is edited by Hugo Peeters. Lipsius is finally feeling more at home in his native country: his financial situation has approved thanks to the title of historiographus regius involving an annuity of 1,000 florins, and the arrival of several contubernales, promising students accommodated at his home who will receive an almost constant training in Latin. The first part of the year finds him still occupied by the final details of the Poliorcetica, a sequel to De militia Romana expounding on war engines and siege tactics, which he dedicated to Prince Bishop Ernest of Liège. Near the end of the year he was focusing on a new project, the Monita et exempla politica, a practical sequel to the political theories elaborated in the Politica, which he intended to dedicate to Albert of Austria, the newly arrived governor of the Netherlands.

Informatie over publiceren in de KVAB-reeksen